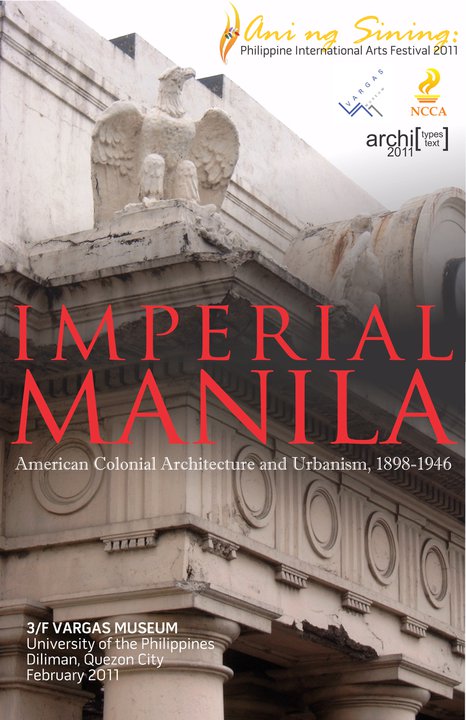 At the closing of the 19th century, Manila, as a new American colonial city, received massive urban transformation aimed at concretizing America’s imperial imagination in the tropics. This imperial ambition drove the colonial authorities to structure Manila’s urban built environment as a model colonial outpost. This urban revision was initiated to facilitate efficient colonial governance and to signify the power and prestige of the new colonial order. Manila, perceived by the colonist as a pathologic space, became the vortex of colonial urban reengineering that systematically transformed the city into a sanitized, ordered, and regulated domain so structured to enhance the flow of economic activities. (G. Lico)

About Jorge B. Vargas Museum

It aims to preserve its collection donated by Jorge B. Vargas and conducts research, exhibitions, publications, and educational programs. The Vargas Museum and Filipiniana Research Center houses a museum, archives, and library devoted to the Philippine history, art, and culture from the late 19th century until the post-war era. Its main beneficiaries are students, faculty, researchers and scholars of the Philippines and Asia.
View all posts by Jorge B. Vargas Museum »
« Entrance Donation
Artist Talk: Joy Mallari »